We have introduced one particular landscape element called "The Rainbow". The Rainbow is a four kilometer long free styled strip consisting of parallel bands which all have different landscape treatment such as Granite cubes, Gravel, Asphalt (bike & skate path), Flower strip, Swale, Lawn and High grass. Street furniture and pavilions are integrated with the bands. ?The Rainbow? symbolizes and encourages the open network of exchange among the innovation industries of the Skolkovo Innovation Center.

A team of Maxwan and Arteza (Moscow), in collaboration with MASA architects is rewarded with a contract for design and development stages prior to the realization scheduled for spring 2016. 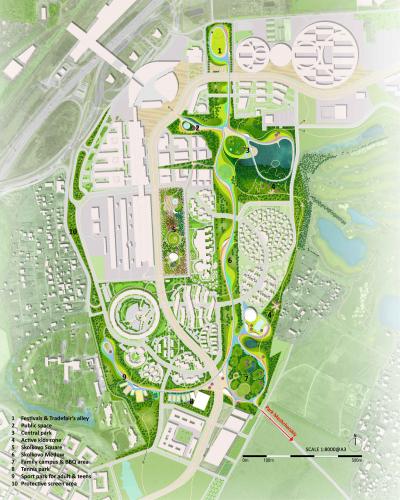 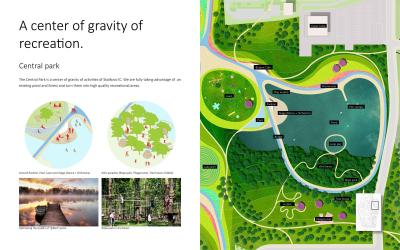 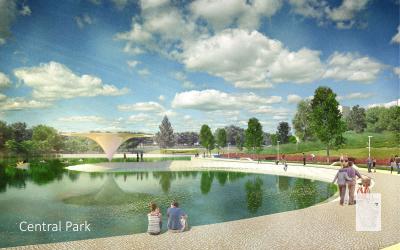 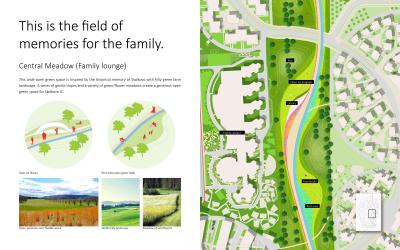 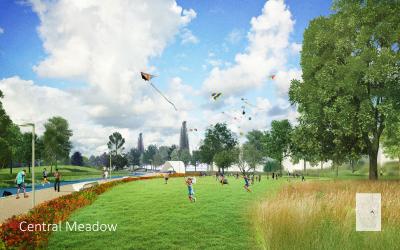 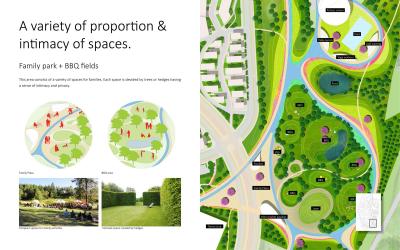 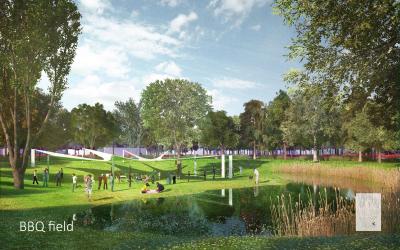 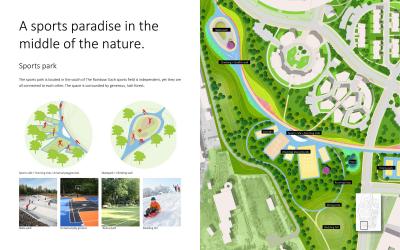 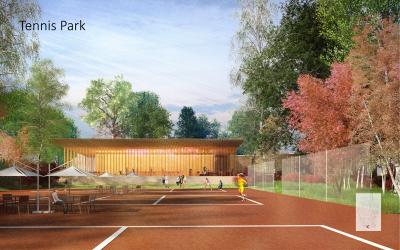 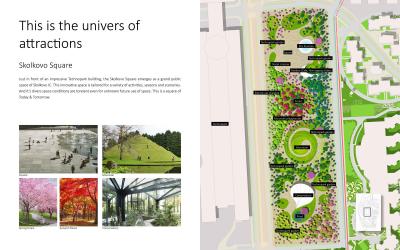 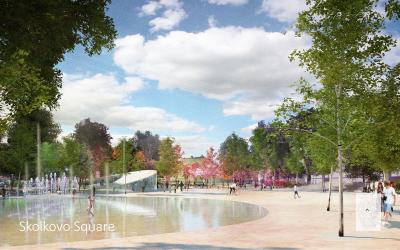 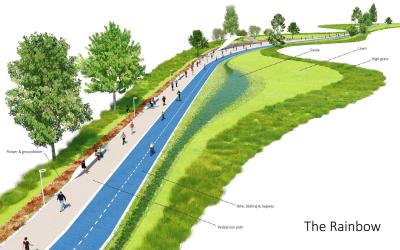 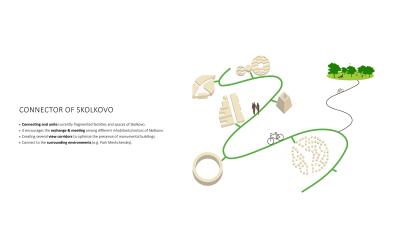 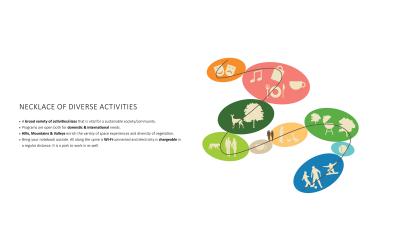 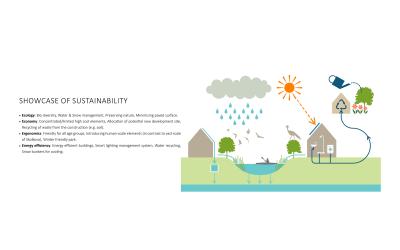 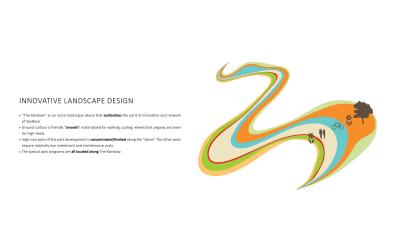 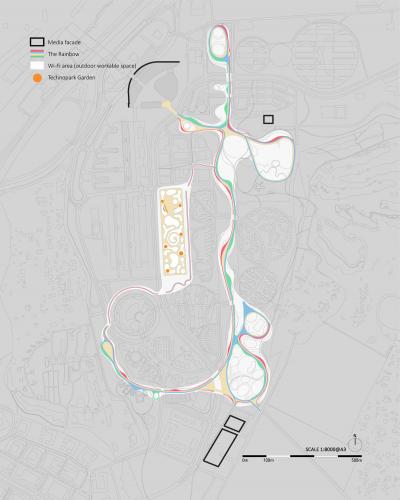 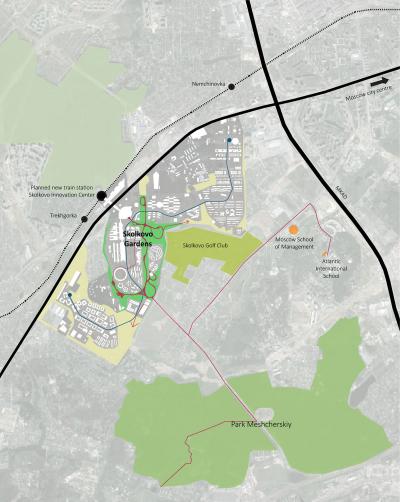 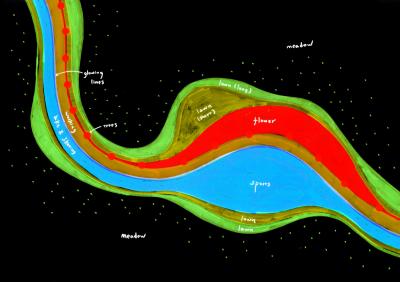 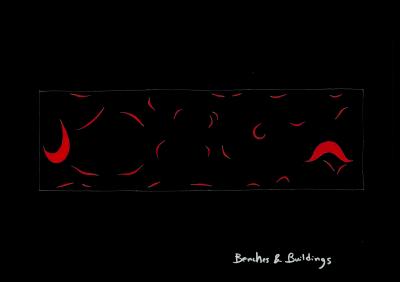 A RESIDENTIAL NEIGHBORHOOD WITH A LOOP OF HIGH-QUALITY PUBLIC SPACES