Ostrava is bidding to become the 2015 Cultural Capital of Europe. Every year the European Capital of Culture is designated to act as catalyst for the cultural development and the transformation of the chosen city. Within this frame Ostravas ambition is to upgrade their cultural centre on the so called Black Meadow site, an area between the old city centre and the Ostravice River. The focus of the competition was not merely on the buildings, but to create an identity for the area as a whole, while linking the city centre to the river.

We literally designed a black meadow in the form of a beautiful landscape park surrounded by a unifying ring of existing and new buildings such as a concert house, an exhibition hall, a centre for modern music and a school of arts management, providing space for all forms of culture, for both traditional and less formal programs.

Streets are extended into the site, forming a shared surface, allowing for restricted auto use and free movement for pedestrians, while leaving a core open space.
A slow steady slope descending from the ring's edge to the riverfront is created, with existing trees preserved on a series of grassy mounds. Where the mounds are not preserved a new black paving is inserted, creating a flowing paved public space.

Traditional paving materials from the city are extended into the site. Paths for cars and pedestrians are distinguished through the use of grout between the pavers where cars are permitted, and only earth (allowing for grasses and other small plants to grow) where strictly pedestrians are allowed.

The open space is envisioned as an extension of the river itself and connects the city centre more directly to the Ostravice River. The project creates a new type of open space - a Cultural Meadow. Our goal was not to compete with any of the existing open spaces in the city, but to provide room for activities that are now pushed into leftover spaces. Here art, family, music, dance, literature, architectural, ecological and social programs can hang out together. The open space further diversifies the activities by creating a series of programmatically nonspecific, but spatially distinguished moments: a flower garden, a reflecting pond, a sculpture plaza, a glass tent-like market hall, a black sand beach, an outdoor amphitheatre, an oval for street performance and a series of green mounds for casual leisure. 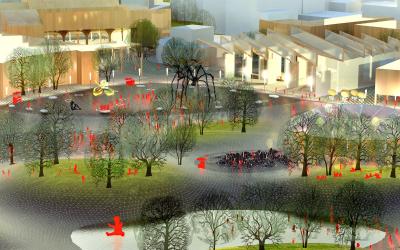 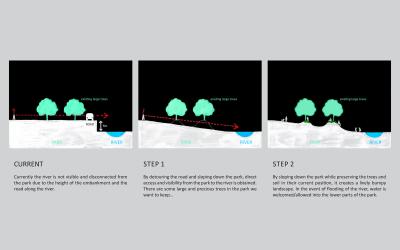 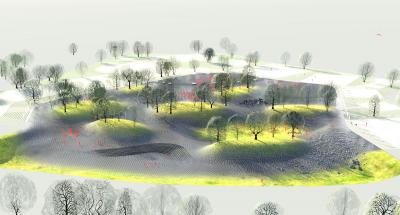 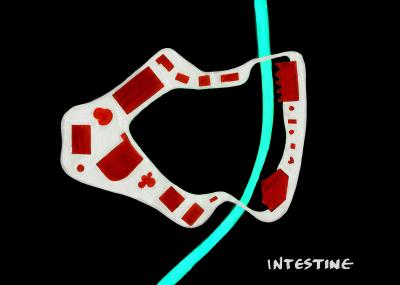 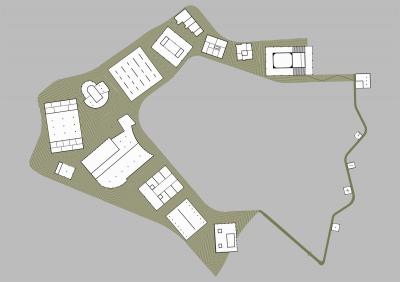 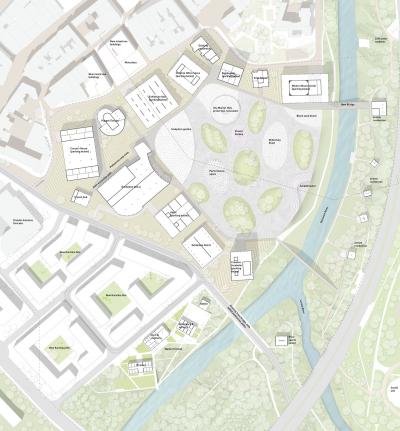 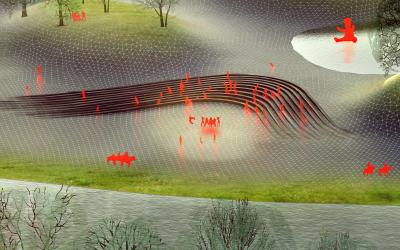 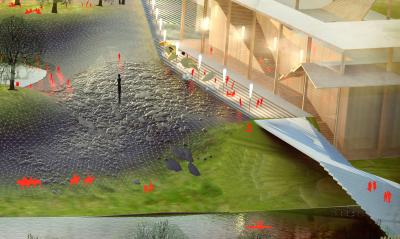 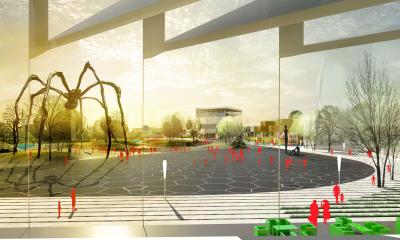 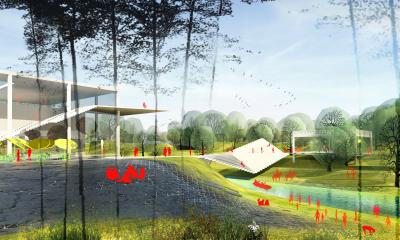 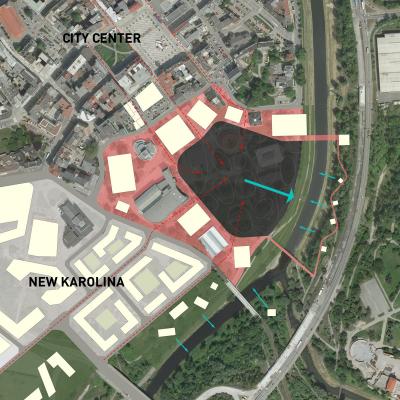 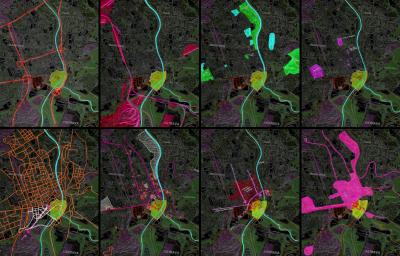 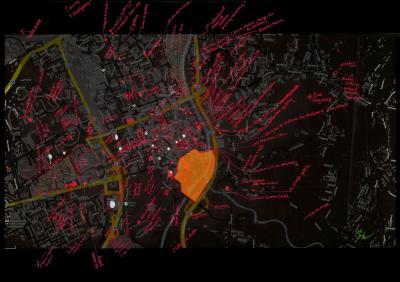 Moscow
ONE OF THE LARGEST URBAN SQUARES IN RUSSIA

Moscow
THE PARK OF "IF" - THE 2ND PRIZE WINNER